Unless you have spent the last decade living in the wilderness and cut off from all forms of communication to modern society, then you are probably familiar with the term “cryptocurrency.” Although some might be misled by the word”crypto” used in its name, that assumption could not be further from the truth.

The concept of electronic money is almost as old as the internet itself. Anonymous and cryptographic electronic currency called eCash was developed by David Chaum as far as 1983. A little bit more than a decade after, in 1995, he managed to apply it through Digicash, a software that assigned different encrypted keys to the bills before the transaction to another recipient could be finalized. This allowed for an undetected and untraceable business by any third party, including the government and the bank.

Soon after, other attempts at electronic currency followed. Nick Szabo came up with the concept of Proof Of Work, which requires the user to provide evidence that they have expended a certain amount of computational energy for a specific purpose, in this case, mining a cryptocurrency. This method would later be applied by almost all the emerging cryptocurrencies and most famously by BitCoin.

While the concept of cryptocurrency seems in a lot of ways unregulated, there are, in fact,specific rules which must be fulfilled for an electronic money system to be deemed as such. Namely, there are as many as six conditions that must be met for a system to be recognized as a cryptocurrency. Click on this link to read them all: http://www.si-journal.org/index.php/JSI/article/viewFile/335/325

Firstly, the system does not have or require a centralized authority such as a bank. It sustains itself only through distributed consensus and proof of work. That is why mining is so crucial to the maintenance of cryptocurrencies.
Secondly, there is an online “ledger” or an overview of all the units and their ownerships and the transactions used to send them from user to user. This helps maintain control over the currency units, just like real banknotes, and prevents misuse and forgery.

Thirdly, there is a strict definition of whether new units can be created or not. If they can, then defining the conditions of their source and who they belong to once created is vital. Again, this makes sure that not everyone can create them and perform transactions later under pretenses.

Fourthly, the only way to prove whether someone owns a cryptocurrency unit is cryptographic. What this means is that every user has a unique code that they use to send and receive money, as well as to access their balance. This code is made virtually unbreakable, and it is the only way in the user’s wallet. That is why it is essential people keep it safe and sound since even in the event of a loss, breaking it is impossible. Find out more here.

Fifthly, the system itself is responsible for changing the code to the units once a transaction has been finalized. Once the units’ ownership is changed, they also get their unique code changed from the one assigned to the sender to the one given to the receiver. Moreover, a transaction statement could only be issued by the receiver proving that they currently own said units.

Lastly, in the case of two transactions happening at once, the system must be programmed to perform at most only one of them concerning the same units. This is a preventative measure against the misuse of the units for purposes like scamming, and it protects the receiver’s interest. 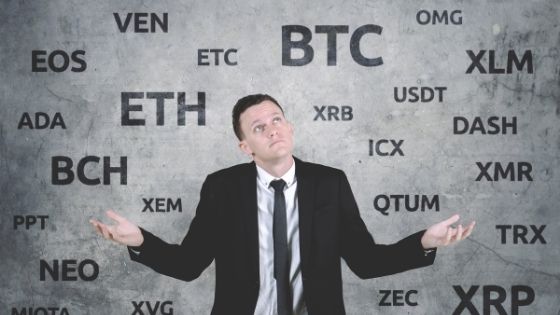 So, should you buy into the cryptocurrency craze and get yourself some units? Our answer is a resounding yes! If not centralized, this industry is well-regulated, and using things like PKT cash can help you avoid unnecessary costs such as interest and withdrawal fees that so many banks saddle you with.

Many people were skeptical of the internet too when it was born, and look at us now! Without it, we could barely survive. We are willing to bet that the same fate awaits cryptocurrency, and it is only a matter of time until it takes over the world as the primarily used currency.