Norway is one of the richest countries in the world, with more than 360 billion dollars in GDP. As they are not a regular member of the European Union, they kept their own 150-years-old currency. The Norwegian krone is an official currency of the Kingdom of Norway and its dependent parts of the world. The ISO code for Norwegian currency is NOK.

One Norwegian krone consists of 100 øre, but the øre is used only during electronic payments, after the discontinuation in 2012. For example, a shirt that costs 100,30 NOK will cost you only 100 NOK if you are paying with paper bills. On the other hand, the whole 100,30 NOK will be removed from your card in case you paid electronically.

Additionally, Norway has the lowest cash usage out of the whole European Union, and electronic payments have been replacing physical money for quite some time. That being said, Norwegian Krone has one of the most interesting and meaningful designs of paper notes.

The Norwegian krone was first introduced in 1875 when it replaced the speciedaler. It was an important step in forming the economic and political Scandinavian Monetary Union – an agreement between Norway, Sweden, and Denmark. Each of these countries had its own krone, which translated to English means crown, but NOK was the ‘’gold standard’’.

One kilogram of pure gold was worth 2480 NOK, but the World Wars disrupted the Norwegian krone’s position in the world economy. Nevertheless, NOK is still in the top 15 most-traded currencies in the world. There are nine Norwegian krone denominations, four of which are coins and five are banknotes. There are still some discontinued 50 øre coins, that can be exchanged only in banks by the end of 2022. 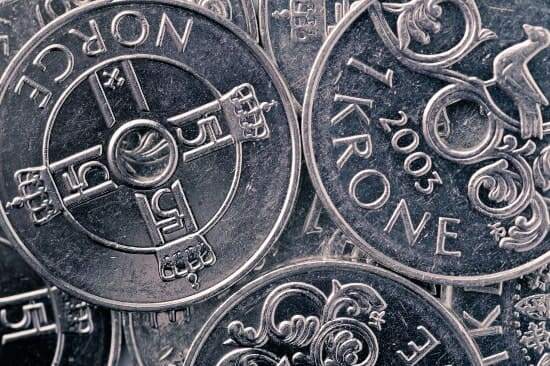 Norway is minting four types of coins. You can find coins valued at 1, 5, 10, and 20 kroner. Coins with denominations of 1 and 5 are silver-colored and have a hole in the middle, while 10 and 20 are gold-colored and filled out. A hole in the middle is not a usual design method, but it can be connected to the efficiency and differentially of the coin.

One krone has a cross with King Harald V’s monogram on the front side, and a bird on a branch on the back. Five kroner’s back has leaves ornamentation that pays an homage to the Norwegian woodcarver Ole Moene on the tails side.

10 kroner’s head side holds a portrait of King Harald V with a motto ‘’All for Norway’’. The roof of a stave church and crossed hammers are depicted on the back of this coin. Lastly, 20 kroner has approximately the same head side, but it is larger and the back is different. The tail side of this coin has a Viking ship, which is a tribute to the long Viking history of this nation. 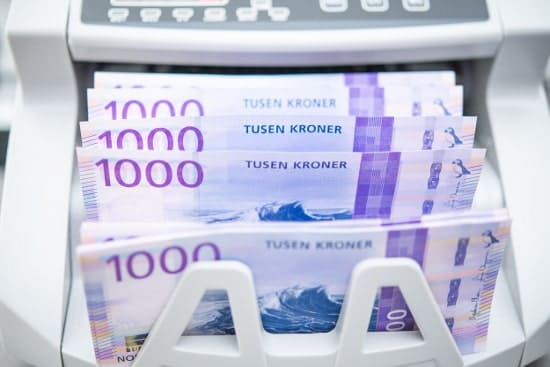 Although a country with the smallest usage of paper money in Europe, Norway pays attention to the details on its banknotes. There are 5 denominations of Norwegian currency – 50, 100, 200, 500, and 1000. The biggest denomination, 1000 kroner is quite rare, as it is not something that many ATMs would dispose of.

A few years ago, the central bank of Norway – Norges Bank opened a contest for Norwegians to suggest a design for new banknotes. After many proposals, the designers had been working on a new design and the Norges Bank issued the last one in 2019. The old notes are discontinued, but the bank will be exchanging them for the next 5-7 years, depending on the note.

The new notes have two things in common – they are made out of cotton paper and the motif is the sea. So much of the Norwegian economy and culture has been and still is revolving around the sea and the coast. Their power comes from hydroelectric plants, fish is a big part of their cuisine, fjords are important for their tourism, and so on. This is why they decided to honor the sea in their banknotes.

The theme for the 50 kroner note is ‘’ the sea that binds us together’’ and has a lighthouse on the front. This is about the historical connection between Norwegians and sailing, the lighthouse is enlightening the way for sailors and other ship crews.

The note is green and has a real westernmost Norwegian lighthouse depicted on it. Additionally, you can see an Atlantic puffin in the upper-right corner. Meanwhile, the back of the note is a pixelated light signal of a lighthouse and a star constellation Ursa Major.

A red banknote of 100 kroner shows the Gokstad ship, the largest preserved Viking ship. The theme is about the sea ‘’that brings us into the world’’ because this ship helped them sail long-distance in the Viking Age.

The back of the note is about the present and the future because it is a pixelated depiction of a cargo ship on the horizon under the sunset sky. Cargo ships are important for this country, not only for the transnational transport of goods but for national transport, as well.

‘’The sea that feeds us’’ is the theme of the banknote that’s worth 200 kroner and appropriately it represents the fish, more specifically a cod and herrings. Merely all coastal towns in Norway rely heavily on fishing as a source of income and nourishment. This blue bill has calm see depicted on the back, characterizing the interconnectedness of Norway and the sea.

A yellow-toned banknote for 500 kroner has an image of a rescue vessel sailing on a turbulent sea. This is an homage to Norway’s most popular shipbuilder Colin Archer and to many people that work in rescue service along the coast of Norway. On the back of the bill is a representation of the gas pipeline via which Norway transports gas found on the bottom of the sea, to other countries.

The rarest bill out of all five currently in circulation is definitely a 1000 kroner bill. A purple banknote that shows wavy sea is themed ‘’a sea that carries us forward’’. This one is about the future, rather than the past. It is about the promise that Norway is going to keep working to ensure sustainable development, in order to fight climate change.

Influences on the NOK Fluctuation 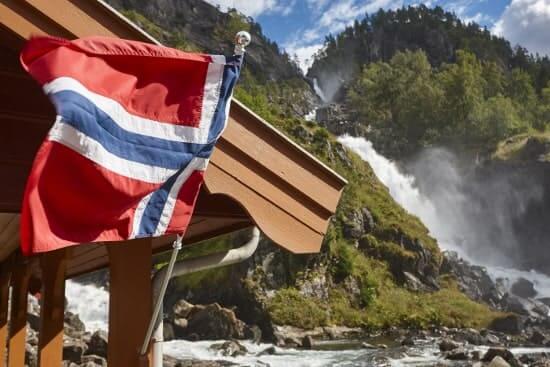 It is not unusual that macroeconomic and political events trigger the fluctuation of a currency, but a Norwegian krone is interesting because it fluctuates in shorter periods. It is affected by the global price of crude oil, as it is one of Europe’s main oil exporters. It is also noted that the Norwegian krone goes up when the straight of a euro goes down because the currency investors tend to create demand.